In 2005, I went to China for the first time.  I did not really want to go. The Chinese were the competitors I LOVED TO HATE in the Olympics.  I had embraced popular notions about the arrogance and cruelty of the Chinese in regards to Tibet, and I was scared of the pollution.  But my beloved niece had gone to teach at the university in Xining, a large town in the far western reaches of China.  At an altitude of 7200 ft, it is on the eastern edge of the Qinghai-Tibetan Plateau. My niece’s students were Tibetan, studying English.  That these kids made it into a Chinese University is quite extraordinary.  They were the brightest of the bright, and came from families supporting their studies. Most remarkable is the inclusion of young women students, as in the traditional Tibetan culture it was not thought that they had the ability to be anything but the labor force for their villages. 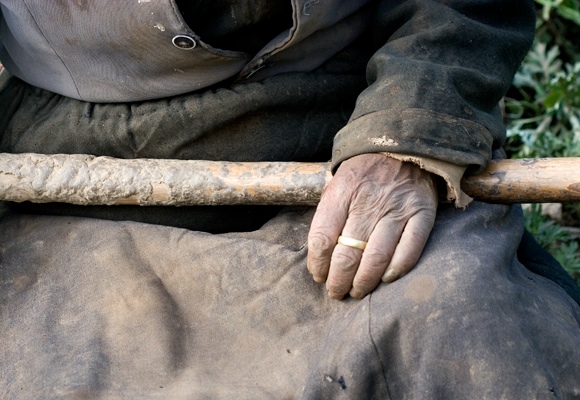 Working the fields for her entire life, this woman from a remote Tibetan village wanted me to make images that would highlight the plight of women’s toils. Gansu Province, PRC 2005 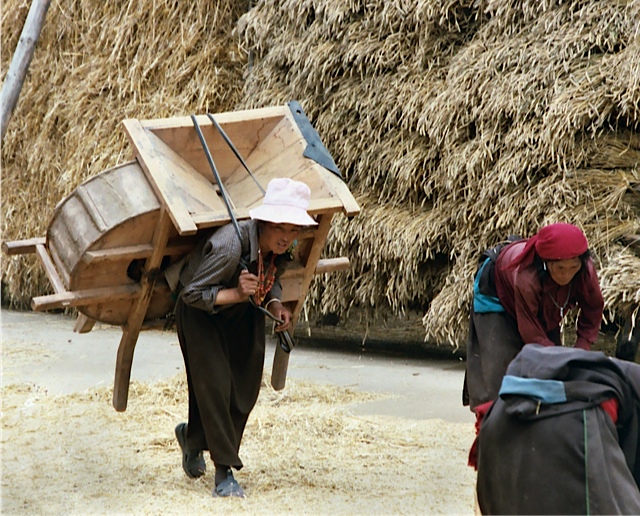