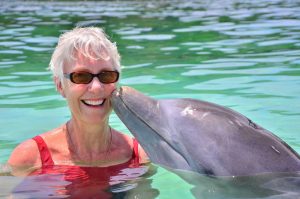 Madeleine Graham Blake,
a native of Klamath Falls, Oregon, studied photography as a fine art medium at San Francisco State College (now California State University, San Francisco) in the late 60′s with Don Worth and Jack Welpott. Jerry Uelsmann, Imogen Cunningham, and Judy Dater were frequently found hanging around the photolab— plus some grad students who became their own power houses in the world of photography.

After 20 years of fieldwork, notably a 4-year stint midst the wilds of the Mexican-American Boundary in the early 90’s, working with her then-husband, Tupper Ansel Blake, on his book and traveling Smithsonian exhibition, Two Eagles/Dos Aguilas, she was privileged to share her knowledge of photography, teaching film-based photography at Dominican University of California in San Rafael, California.

Documenting six ranching families with ties to the Great Basin (2005-2009), as well as an earlier photographic essay on working landscapes of mid-California for the David and Lucile Packard Foundation (2003), facilitated an immersive study of traditional Western America. These projects led to the making of three short videos for the Western Folklife Center’s Deep West Project.

In 2012, she began making platinum/palladium prints, a technique that enables a particularly rich range of tonality and inspired a more enigmatic imagery. With this work, she shifted from a basic documentary approach to a more interior exploration. (PLATINUM Gallery)

The recent past (2016-2020) has been spent exploring India, spending a month or more photographing each year in Varanasi, on the Ganges River. This work was in conjunction with Kriti Art Gallery’s Artist’s Residency Program, where she produced a portfolio of  studio work based on local people putting on traditional clothing. (WITHOUT STITCHES Gallery)

A book of showcasing artwork from her time in Varanasi is on track to be published in 2022.

A well as the aforementioned, Blake has spent several seasons photographing in Amdo and Kham, the Tibetan regions within Peoples Republic of China and the island country of Sri Lanka. (AMDO & KHAM Gallery) (SRI LANKA Gallery)

Her videos are: Varanasi, Work is Play; Play is Work (with Linda Hussa), Rodear at Crooked Creek, and It’s Time for Dandelion Wine. The last two are on youtube.