My niece graduated from UC Davis with a degree in Women’s Studies. During her time at school she spent a year in Spain, and investigated as much as she could of European culture in her spare time.  After graduation she expressed a desire to explore cultures in the so called Eastern Hemisphere and signed up with Volunteers in Asia, a good-will program out of Stanford.  She was assigned a post teaching in the far west of China, a very long way from home and family.  We were all a bit freaked, but as it turned out, her journey sparked adventures for all of us.  Her assignment ultimately had her teaching English to Tibetans who had made it to the Chinese University in Xining.  There was much that was eye opening, not just the typical foreignness, but from her perspective, the consistent diminishment of women was visible everywhere…including her classroom. 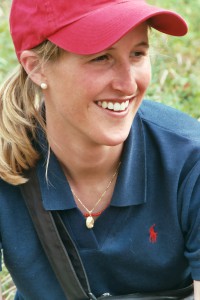 It was soon apparent that her female students were not actively participating, and thus not doing very well.  Upon inquiry, she discovered a cultural roadblock. Asking questions in front of men is not admired in the traditional Tibetan culture, thus all of the young women were thwarted in their efforts to keep up with the guys.  Rising to the occasion, she suggested they come study with her on the weekends.  Several did, and not only did their English improve, they formed a women’s group to delve deep into what it means to be female in a Tibetan world.  Out of this endeavor came an insightful book, Heavy Earth, Golden Sky: Tibetan Women Speak About Their Lives, edited by Michelle. http://www.tibetanreview.net/women-in-tibet-in-their-own-words-sans-politics/ 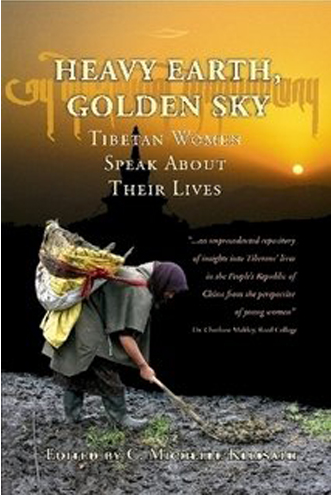 A book written by Tibetan women with stories from their lives.

These women ultimately formed a very productive non profit organization, Shem Women’s Group.  Facilitating fundamental improvements for their villages by getting grants, they purchased solar panels and solar cookers, provided potable water to spigots in villages, and even built a bridge.

The unwavering powerhouse behind this group was, of course, Michelle.